The Eastern Paris, referred to Prague City, is the largest city in Czech Republic. Compare to most European Union countries, Czech is not really that popular for holiday visit (to most Indonesians) because mostly the exposures are Champ Elysee in France, Charlie Checkpoint in Berlin, Mount Alps in Swiss.

Many movies were shot in Prague city, such as Mission Impossible, Casino Royale.

Prague City has a very strong European style, certainly it is, because the history of Prague covers more than a thousand years, during which time the city grew from the Vyšehrad Castle to the capital of a modern European state, the Czech Republic itself. If Medieval turns you on, then Prague is one of the best. 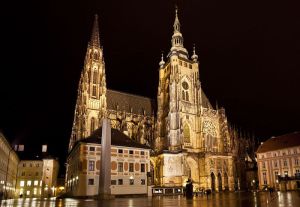 Picture taken from here
The Kings and emperors are buried here, and consists of a royal palace, a cathedral and three churches, a basilica, a monastery, defensive towers, royal stables, a tiny lane where craftsmen worked and magnificent gardens. Prague Castle began as a wooden fortress with earthen bulwarks in the 9th century; by the 11th century, it included a royal palace and the 14th century saw the beginning of St. Vitus Cathedral. The cathedral in the castle complex is a jewel in Prague’s crown, a superb example of Gothic architecture. 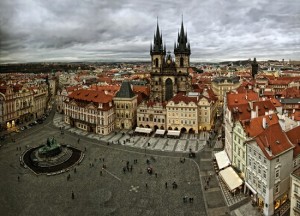 Pictures taken from source
Aren’t the view beautiful? It is the most famous old town square. Cafes, restaurants, and all the entertainment could be found here. It was located between Wenceslas Square and the Charles Bridge, often bursting with tourists and locals in the summer. Czech’s long history is exemplified in the medley of architectural styles: Romanesque, Baroque, Rococo, Gothic and Renaissance are all represented in the superb buildings around the square. 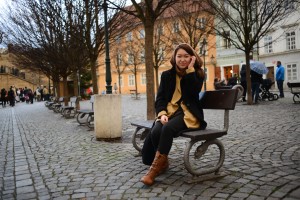 Soaring Gothic towers that rise from Tyn Cathedral contrasts with the Baroque style of St. Nicholas while Old Town Hall consists of a collection of Gothic and Renaissance buildings. Entranced visitors wander through the square, stopping for a spot of people-watching at one of the outdoor cafes or studying the square’s central statue of Jan Hus, church reformer and martyr. 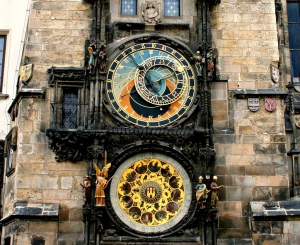 Old Town Square’s highlight is definitely Prague’s astronomical clock. According to source, it was crafted in 1410 by a clock-maker and a professor of mathematics, the clock has been repaired and maintained for over 600 years, making it the third oldest clock in the world. The figures of the Apostles, which are shown in the two upper windows every hour, were added in 1865.
The ancient Prague “orloj” reveals Babylonian time, Old Bohemian time, German time and sidereal time, as well as sunrise and sunset, phases of the moon and the sun’s position in the zodiac. When the clock strikes the hour, bells ring, the Walk of the Apostles begins, the Gothic sculptures move, a cock crows and a trumpeter blast sets off a tourist-pleasing show, a sight everyone should see at least once. You could catch the display at noon or at midnight. 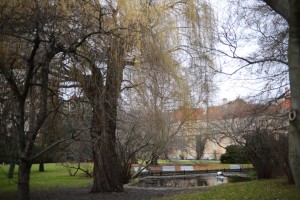 Strolling pass through big trees, especially with someone special, here is something money can not buy. 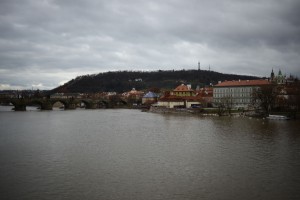 I wished I could turn back the time to Winter, December 2012 in Prague, Czech Republic.