1. Myeongdong
Yes, Myeongdong is No.1 Tourist Destination in Seoul, over 1 million shoppers pass this street each and every day. If you are a shopaholic, then you should come to Myeongdong for shopping. Tony Moly, The Face Shop, Etude, you can name all of the Korean Beauty Products easily spotted on Myeongdong Street.

Thousand of brands are sold in Myeongdong, you could also find two anchor department stores there, which are Lotte and Shinsegae. Myeongdong’s history significance as well as the attractions have made it becomes a top attraction for tourist destination. 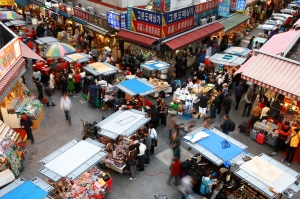 Picture of Namdaemun Market from the 2nd Floor Local Store

According to source, Namdaemun or formerly Sungnyemun refers to the southern gate of the four gates leading to the castle town during the Joseon Dynasty. As the oldest remaining wooden structure in Seoul and National Treasure No. 1, Namdaemun symbolizes the history of Seoul from the past to the present. The opening hour is 07.00am to 05.00pm, and closed every Sunday, make sure you come at the right time.

3. Itaewon
Itaewon Street is full of stores, restaurants, and stalls. Different from Myeongdong, the fashion shops in Itaewon specialize in various imported clothes, leather goods, fur goods, and antique furniture. According to source, after the Korean War, American soldiers began to stay in the Yongsan Garrison and over the time, numerous businesses and housing complexes were formed here; Itaewon is in the middle of Yongsan-gu. 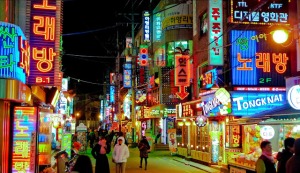 Picture of Itaewon Street at night from source

Not only that, Itaewon is also popular with its night life. The clubs, bars, and pubs come alive when the sun goes down and the lights turn on. Itaewon is the heart of many clubs, pubs, and why not having a try here?

4. Hongdae
Hongdae’s name is derived from Hongik University; therefore, it is no surprise seeing many students and youth in the area. Many clubs and cafes could be found in the street, which is why Hongdae is regarded as the heart of the club culture.

The streets around Hongdae are home to shops, cafés, and bars that express the artistic talents of the area’s youth, starting from selling handmade clothes to artistic creations and luxury goods. It is also very common to see students perform and sing on the street as Hongik University is regarded as a top fine art college in South Korea.

5. The Blue House
It is named as The Blue House because of its signature blue tiles that could catch one’s attention upon entering the premises. ‘The blue tiles and the smooth roof blend beautifully with Mt. Bugaksan in the backdrop’ according to visitkorea.or.kr 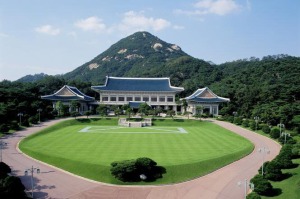 The Picture of Blue House from eastasiaintel

The buildings all have distinctive shapes, which are unique, beautifully designed, and built in the Korean traditional style. There are approximately 150 thousand tiles compose the roof of the Blue House, and each were baked individually so that these tiles are strong enough to be used for hundreds of years.

A walk around the path just outside the Blue House grounds is a pleasure as the surroundings are beautiful, and the path would lead us to Gyeongbokgung Palace as well. The Blue House closed every Sunday, Monday and National Holiday, the admission is free but you have to register online as a foreigners or even natives. It is strictly guarded by plenty of MIB (Man In Black) and these guy have a great look btw, so it’s worth a visit! You could click here for more information about tours and other details.

6. The National Folk Museum of Korea

This museum is located in 37, Samcheong-ro, Jongno-gu, inside Gyeongbokgung Palace. The National Folk Museum of Korea presents over 4,000 historical artifacts of Korean people.

The opening hours taken from source 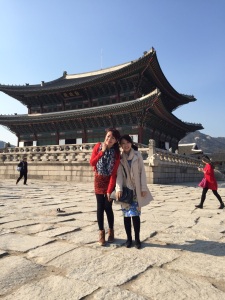 The palace were once destroyed by fire during the Japanese Invasion in 1592-1598, but the buildings were then restored under the leadership of King Gojong in 1852-1919. At the present time, Gyeongbokgung Palace is the most beautiful and the largest of all five palaces. The operating hours of each season would be different, so I suggest you to click here for more information and details. 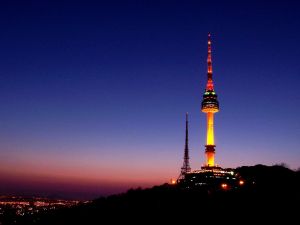 The picture is a courtesy of onedaykorea.com

The N Seoul Tower is commonly known as the Namsan Tower or Seoul Tower. It was built in 1971 and is a communication and observation tower located on Namsan Mountain in central Seoul.

Visitors usually ride the Namsan cable car up the Mt. Namsan, and walk to the tower in order to enjoy the beautiful Seoul cityscape. In here, you would find museum, cafe and restaurants, N Seoul Tower Lovelocks, also observatory.

9. Kimchi Making School
One, Two, Three, Kimchiii. Kimchi is Korea’s signature dishes, and there are hundred kinds of Kimchi you would find in Kimchi Making School. There are plenty of Kimchi Academy, I recommend you to find it in the local tour travel, because usually they only teach lesson in groups. 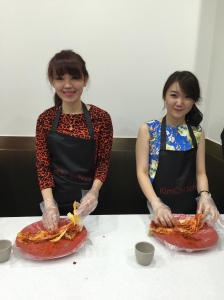 They will provide you to the ingredients and utensils, so all you need to do is to be here and learn how to make Kimchi. The time would be short, around 30 minutes, and as far as I know, we can not bring the Kimchi back home. Usually after the end of the session, they will introduce you the products they are selling, and yes the academy is just a part of their marketing strategy. 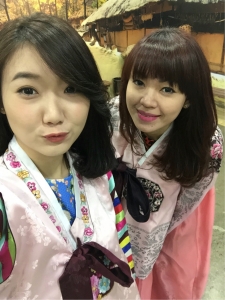 Not only that, usually they will provide Hanbok (Korean traditional costume) in the academy. Visitors are allowed to take on the costume, have some pictures, before the class started.

10. Lotte World
Lotte World is located on 240, Olympic-ro, Songpa-gu, Seoul, and is the perfect spot for entertainment and sightseeing. The theme park is filled with thrilling rides, ice rink, parades as well as a folk museum, a lake, and many more. 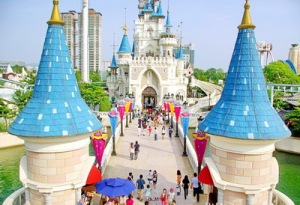 Lotte World Picture is the courtesy of explorerguidebook

According to source, about 6,000,000 visitors are welcomed every year, and about 10% of them are foreigners. Lotte World is open for visitors all year round, regardless of the weather, but closing time may vary, so I suggest you to check on the website for more details upon your arrival http://www.lotteworld.com

There are several kinds of day pass to enter Lotte World, but the normal adult admission fare costs around W48,000. If you use train to visit Lotte World, then get off in Jamsil Station (Seoul Subway Line 2 & 8), Exit 4, the park is directly connected to the station.

There are plenty to do while in Seoul, and you just need to have research, research and more research!

The museum was opened on April 24, 2001 and contains two galleries. The merchandise shop is on the ground floor, and the museum is on the 1st & 2nd floor. The museum gallery was grouped into three sections: the History Hall, the Art Hall and the Project Exhibition Hall.

The History Hall
You can witness the famous figure from the past in this hall, such as America’s 26th President ‘Theodore Roosevelt’, also Teddy bears of the “The Last Supper” from Leonardo Da Vinci. There are also teddy bears featured in some historic events and scene from the past, such as: 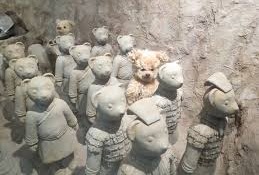 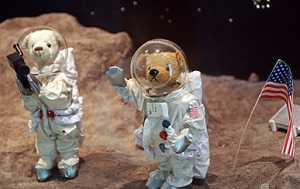 The First Man Landing on Moon 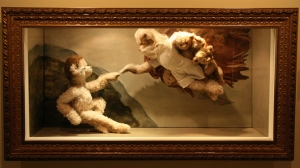 The latest artworks of world’s famous designers are shown in The Art Hall, such as Mona Lisa Teddy Bear, also the luxurious Louis Vuitton Teddy Bear. 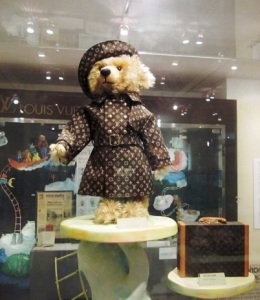 Project Exhibition Hall
The teddy bears are grouped to suit the theme of each exhibition, also the smallest Teddy Bear in the world at the size of 4.5mm. There is a museum bar opened only for adult, so you can dine or drink coffee at the museum cafe or bar while appreciating the beautiful scenery of Jeju Island. However, it only opens in the summer. There are also other places besides the fancy cafe or bar, such as the museum garden where you can meet the marvelous teddy bear sculptures and models. 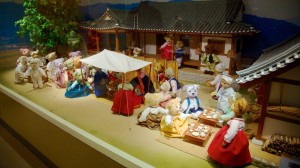 The Past of Hanyang

The garden was decorated with various themes such as the Korean bear family and the magical pond.The opening hour is 09.00-19.00 depending on the season, and the admission fee for adults is W 9,500; teenagers W 8,500; Children W 7,500. The price for groups more than 20 visitors are different, you can click here for more details and information.

An interesting way to learn history and art, definitely worth a try!

Monochrome 🖤
29th and blessed 💖
💙💛💜💖
And I fell for you like raindrops 💜
You’ll never know Dear how much I love you, Please don’t take my Bunny away 🐰
Blow a kiss 💗
处二 💜
Because every picture tells a story 💛
You are my Secret 🖤🖤🖤